Below are the individual award winners for the Melbourne Uni Blues First Team from 1980 to 2005. 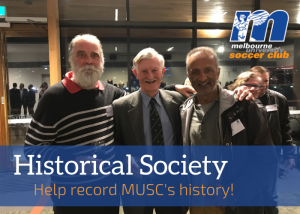 Write an article about your time at the club, profile a historic club member, submit results or stats that are missing, or contribute photos or other memorabilia.

Submit our History at MUSC form