Keep yourself informed of club happenings.

Treat the club as more than just a place to kick a football.

Put your hand up to help when asked.

Engage with the wider club, not just your team.

Take the initiative; don’t leave problems for others.

The club is run by the players. If you’d like something improved or done differently, please ask how you can get involved to help make it happen!

There are 19 teams at the club

Fixtures, Results and Ladders for Football Victoria competitions can be found at http://websites.sportstg.com/comp_info.cgi?c=1-8746-0-0-0&a=FIXTURE

Fixtures, Results and Ladders for VicSoccer competitions can be found at http://www.vicsoccer.com/

Fixtures, Results and Ladders for Over 45s competitions can be found at http://over45soccer.com.au/fixtures-results/

Players are required to provide their own:– Black Nike shorts (no pockets, no other markings)– Royal Blue Nike socks– Shinguards– Boots

The club will provide each team with playing shirts.

Opportunities to purchase shorts and socks will be made available to members during the registrations process. 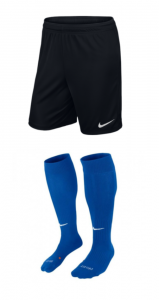 Be aware of your coverage and seek additional insurance independently if you are not satisfied.

The club can assist you in making any claims.

The club does not provide personal effects cover, i.e. insurance coverage that protects your personal possessions against accidental loss or damage when you take them away from your home. Please be careful with personal belongings you bring to the clubrooms and pitches.

Five yellow cards throughout the season results in a one match suspension and a $125 fine from Football Victoria.

A red card results in a suspension and a $125 fine from Football Victoria.

A red card results in a suspension and a $90 fine from VicSoccer.

Football Victoria and VicSoccer will issue any fines to MUSC and the club will pay it. The individual player responsible for the fine must reimburse MUSC before they are again eligible to play for the club.

Individuals are responsible for their behaviour on and off the pitch.

More information on Football Victoria penalties is available at https://www.footballvictoria.com.au/sites/ffv/files/2019-02/2019%20GDT.pdf

Princes Park and the Northern Pavilion

Princes Park is managed by the City of Melbourne. MUSC hires the grounds & pavilion from the council. The club needs to abide by the CoM usage and lighting policies.

Conduct all warm ups off the pitches!

Be especially protective of the goalmouths during training. If these deteriorate the council will fence off the impacted area and we won’t be able to use the goals.

MUSC may reallocate training grounds throughout the season if particular squads are not utilising their allocation due to poor attendance.

The Northern Pavilion is for all club members to use and enjoy. Make yourself at home! Respect and get to know your club mates who are also using the space.

Boots are never to be worn in the Northern Pavilion’s carpeted areas.

Members are responsible for ensuring the Northern Pavilion is not left unattended while it is unlocked.

Teams are responsible for ensuring the club’s equipment rooms are kept tidy and that all equipment used is returned to its correct storage location.

Teams are responsible for sweeping out the home and away change rooms after matches.

BYO alcohol is strictly prohibited! Bringing alcohol to MUSC facilities is a breach of the club’s liquor licence.

The bar, canteen & BBQ will be available when inducted volunteers are available to run them.

As a MUSC member you will be expected to help out around the club. Everyone needs to contribute in a small way at some point during the year.

Throughout the season your team may be asked to provide players to:
– Tend the Northern Pavilion (un/lock change rooms as required)
– Put in a shift running the canteen or BBQ
– Put in a shift running the bar (if you have an RSA certificate)
– Use the club’s camera to take game day photos
– Marshal a match (escort referees to and from the rooms, collect balls that go out of play, etc.)

You may be asked to help out once on a day you are not playing.

All participants in MUSC activities abide by the club’s Code of Conduct.