In this instalment of Humans of MUSC we talk to another veteran of the club – Drew McMullin. Having joined MUSC in 2004 as a player he has since transitioned to a coaching role in 2011, currently the assistant coach of the State 4 side. Nearing a 15 year involvement with the club we will explore what has made Drew’s connection with the club so special along with his recent fundraising efforts to combat an extremely rare and aggressive form of cancer.

Hi Drew, can you introduce yourself and describe your journey with MUSC?

I joined the club as a player in 2004, but after injury resulted in a double hip replacement, I joined the coaching staff in 2011, initially with the Metro 4 side, and more recently, with the State 5 and State 4 sides.

Why did you choose to coach at the Melbourne University Soccer Club?

Coaching was a natural progression from playing. I had really enjoyed being part of the football community at MUSC, so being able to put something back into the club was a real motivation for me. Coaching has allowed me to stay involved with and connected to football.

What do you feel are the main benefits of being involved at MUSC?

MUSC has an unparalleled environment to both play and coach in. As a player-run club, the involvement of the committee and players in making the whole experience as positive as possible is fantastic. I have always felt supported by coaches and by players, and by the tremendous work of the committee. It has also been a privilege to coach friends and former teammates, and to develop new friendships every year with each new playing group.

If you could give one reason to join MUSC what would it be?

If you want to play football in an environment that supports you to achieve your best, both on and off the field, you will not find a better club than MUSC.

Has there been a favourite season at MUSC, if so why?

Every season has been memorable for one reason or another, particularly playing with and coaching great groups of guys. The last two seasons have been especially memorable with sides I’ve been involved with going into the last game of the season needing a win to secure the title, and both times doing so in style.

Has there been a standout coach at MUSC? (and) the best player you have coached at MUSC?

My very first coach, Larry Quiroga, was a huge influence on my journey to eventually being a coach myself, and the club is very fortunate to currently have two outstanding senior coaches for the Men’s State League sides in Marco Palacio and Euan Roberts. It has also been particularly rewarding in recent years to see players I have previously coached take the first steps on their own coaching journey.

As for the best player, I can only say that I have enjoyed coaching every single player who has been determined to improve his own game, and who has played with pride in the club and commitment to himself and his teammates.

What has been your most memorable goal at your time at MUSC?

I was a goalkeeper, so it was the non-goals that were important! A double-save from a penalty at La Trobe, and a late flying fingertip save at home to Plenty Valley to seal a win stand out.

And I hear that you are taking part in the Upstream Challenge as part of a fundraising event, would you be able to tell us more about that?

I have been moved to get involved in this fundraising event because a little friend of my son is currently battling an extremely rare and aggressive form of cancer called Diffuse Intrinsic Pontine Glioma, or DIPG, that is, currently, incurable and inoperable. It affects about 10 to 15 Australian children each year and is deemed terminal on diagnosis, with a life expectancy of about 12 months.

100% of the money raised by this walk goes to the Isabella and Marcus Foundation who fund PhD scholarships into DIPG research to hopefully find a cure.

If anyone wants to help my fundraising efforts, they can sponsor me via credit card using the online donation facility at the following link:

https://upstreamfoundation.org/donate?step=4&type=friend&userid=103806&teamid=198
(Fundraising event was in November 2018) 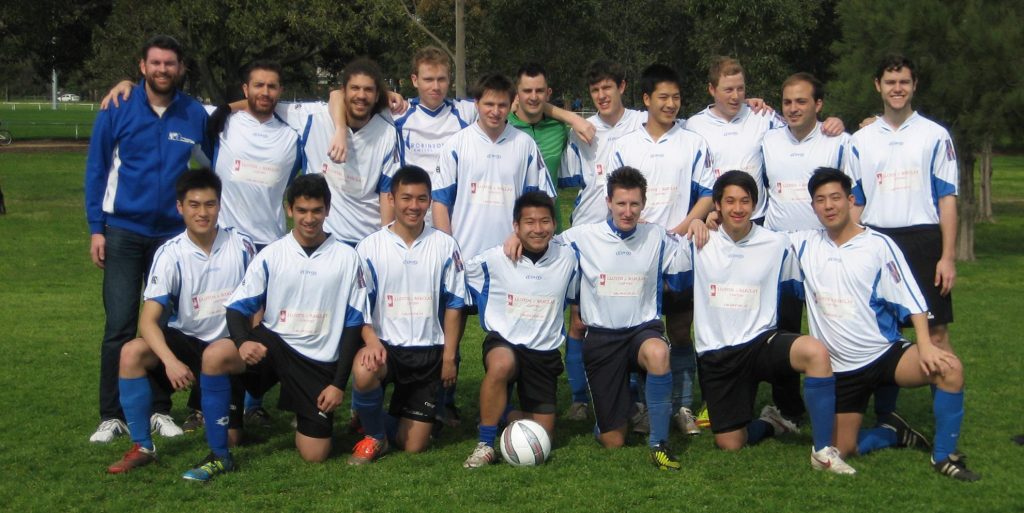 No Replies to "Humans of MUSC: Drew McMullin"